When it comes to soccer video games, two names stand out: FIFA and PES. These two series of games are widely known and have always been compared to each other.

FIFA Football is the mobile equivalent of the FIFA experience by EA Sports. On the other hand, eFootball PES 2021 is the mobile variant of Konami’s PES (Pro Evolution Soccer) games. This article compares the two games and determines which one is superior.

To note: This article is subjective and reflects the opinion of the author.

When starting any of these games or any video game in general, the first thing gamers come across is the menu UI. The menu for these games is quite distinct. FIFA has a more useful and better designed user interface, while PES mobile has a very basic one.

Even after so many updates, Konami hasn’t changed much. FIFA does a better job with the in-game menu than PES mobile. However, having a better menu design doesn’t mean it’s a better game, because it doesn’t affect the gameplay.

When comparing the graphics, it seems that PES has an advantage. Its graphics quality is equivalent to earlier PES games (such as PES 14) on consoles. FIFA mobile fails to achieve console quality visuals. The graphics are a mixture of medium quality textures with poor quality textures.

In addition, FIFA Mobile does not have a dedicated soundtrack, unlike PES Mobile. Suddenly, eFootball PES 2021 takes the cake in terms of graphics and sound. 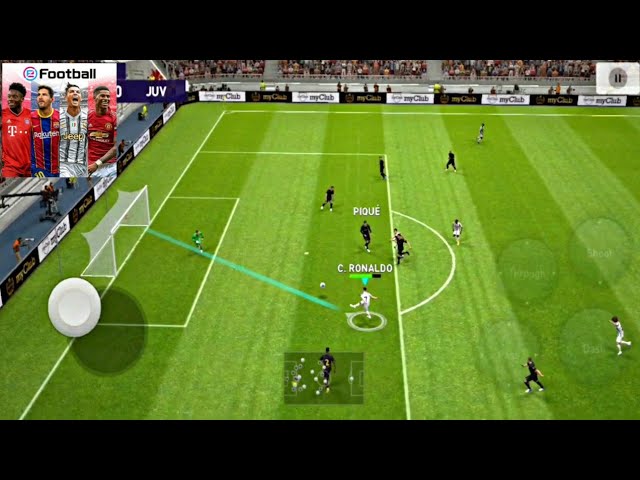 The fundamental distinction between these two is found when the game mechanics are taken into account. Most players who have tried FIFA mobile and eFootball PES 2021 come to the same conclusion. According to them, FIFA mobile is more like a card collecting game, whereas eFootball PES 2021 is a soccer simulation game.

PES feels harder and closer to the PC / console experience. Getting star players on the squad is also much easier, and each player can be trained to increase their skills. FIFA mobile leans more on its card collecting aspect, as it is heavily geared towards monetization.

EA Sports and Konami released their respective games for this season, and fans have both criticized them. While FIFA 22 has been released with several bugs, eFootball 2022 appears to be in an incomplete state. Mobile games are expected to be updated very soon with content for the new season.

While FIFA has the edge when it comes to PC / console editions, PES has a better all-around game on mobile.

Sega has released a teaser website and Twitter account for a new mobile RPG, which it plans to reveal during the Tokyo Game Show. The RPG will apparently feature a non-linear storyline, allowing for player choice. The new game has so far a website with a nice work of art and a trailer that has […]

What moments from the show should be included

The office: we manage in one way or another is the recently announced mobile game inspired by NBC’s hit sitcom, and given its source material, there’s no shortage of iconic scenes it could pull off. There is no official release date yet, but the free title is slated for release later in 2021. Developed by […]

french fashion brand Louis Vuitton launch a mobile game with NFT. Scheduled to launch on August 4, 2021 for iOS and Android devices, Louis The Game will be part of the company’s celebrations for the 200th anniversary of its founder’s birth. Players will take control of her wooden doll mascot, Vivienne, through various adventures. It […]